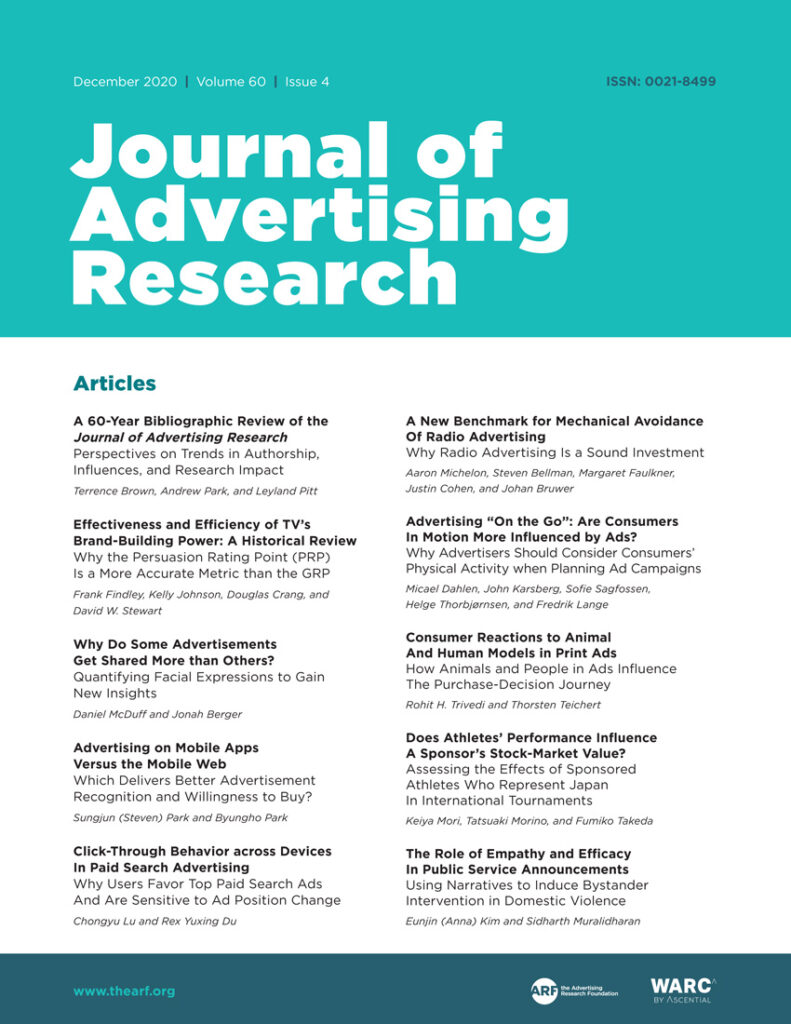 Despite the rise of digital media and new technological developments, television remains one of the most effective platforms for advertising. So asserts Effectiveness and Efficiency of TV’s Brand-Building Power: A Historical Review, an article written by MASB members David W. Stewart, Kelly Johnson, Douglas Crang and Frank Findley, published in the December 2020 issue of the Journal of Advertising Research.

Subtitled Why the Persuasion Rating Point (PRP) Is a More Accurate Metric than the GRP, the article examines the effectiveness of television advertising and changes in television audience response in the United States since the 1980s, concluding that, “On a single, quality exposure basis, television advertising continues to be highly effective, although the rate of delivery of advertising selling power per gross rating point (GRP) has declined, but the decline is mitigated by the increasing number of households in the United States.

“Television advertising remains effective despite the potential increase in distracted viewing, but advertisers need to manage the quality of their messages and the media weight of their advertising more carefully than in the past. The persuasion rating point (PRP) offers an accurate measure of that effectiveness.”